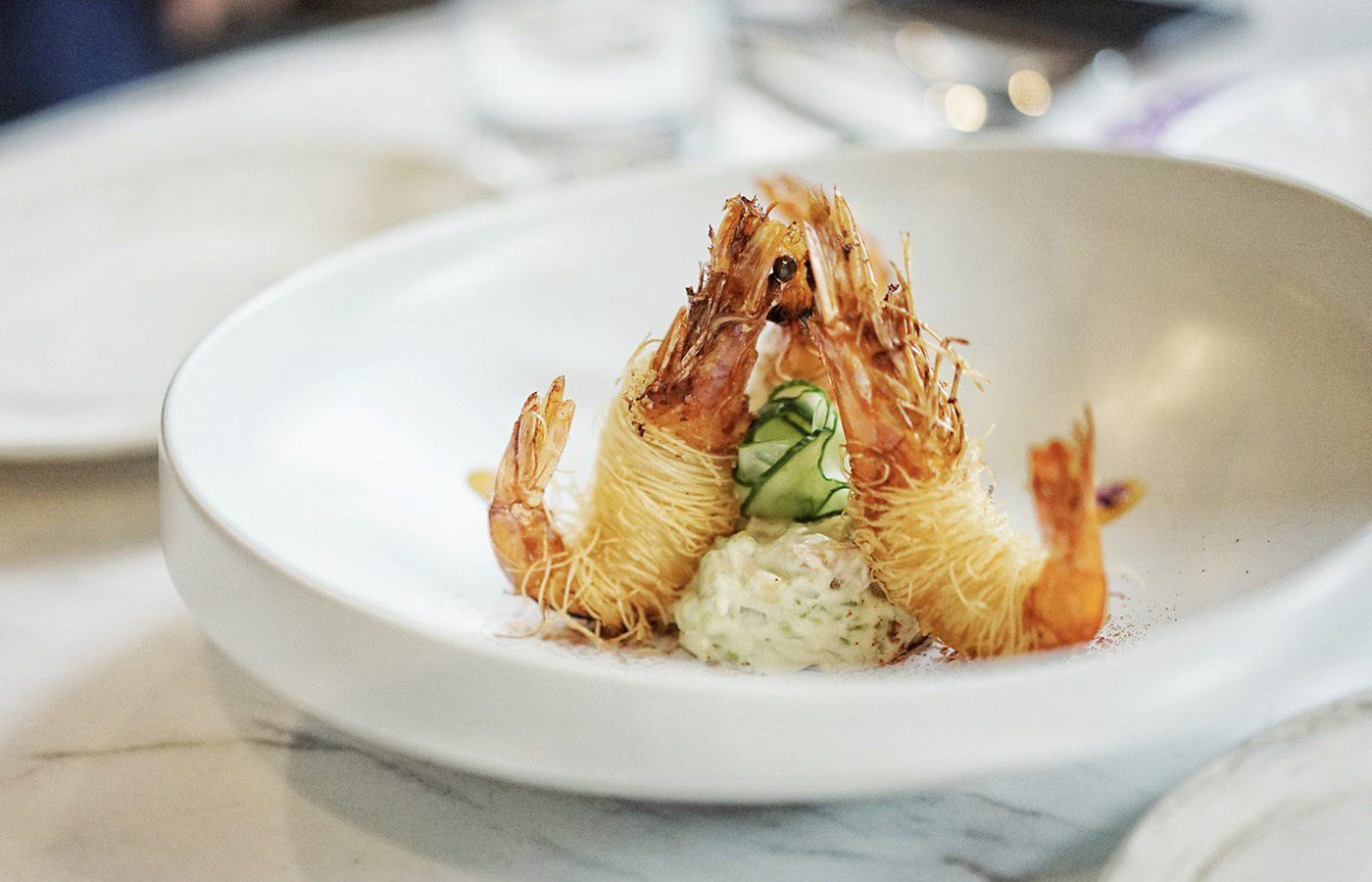 The Michelin Guide Great Britain and Ireland 2021 has been unveiled. The awards were announced on Monday, 25 January at a special online-only presentation produced by LIVENow, which you can watch below.

Speaking at the launch, Gwendal Poullennec, International Director of the Michelin Guides, said:

“This has been a hugely challenging period for the hospitality industry and our thoughts remain with all those who have suffered from the pandemic and by the restrictions that have been put in place.” He continued: “We were heartened by the number of chefs who called us during the year to ensure we were still going ahead with the Guide and our yearly awards. The Michelin Guide is about so much more than recognising those at the top of their profession; it is about promoting the hospitality industry as a whole and we want to shine a light on the hard work, tenacity and commitment of chefs and restaurant teams.”

By postponing publication for a few months and by making the Guide digital only, the inspectors were able to work on this edition for over 16 months, which meant the lockdowns could be easily absorbed into the working period. They have used the same methodology and looked for the same standards as they do in any year. There have been no shortcuts taken that would compromise the integrity of the Guide. And the results are here to see: despite the unprecedented challenges faced by the hospitality industry, the restaurant selection of the Michelin Guide Great Britain & Ireland is as relevant and strong as ever. It features no fewer than 185 Michelin-starred restaurants including 2 new Three Star restaurants, 3 new Two Star and 17 new One Star.

This year’s highlight is that two restaurants have been promoted to our highest award. Both CORE by Clare Smyth and Hélène Darroze at The Connaught achieve Three Stars – an extraordinary achievement in any year but particularly impressive at a time when the hospitality industry has faced so many challenges, not least having so many stops and starts.

London also sees three new Two Star restaurants: Da Terra in Bethnal Green, which won its first Star in 2020 and where flavours and textures are intriguing and captivating and colours burst through; Story in Southwark which offers visually impressive and imaginative dishes crafted with care and precision; and A. Wong in Victoria which becomes the first Chinese restaurant in the UK to achieve Two Stars thanks to Andrew Wong’s cooking which is refined and sophisticated, diverse and original.

There are 17 new One Star restaurants. In London they include Cornerstone and Casa Fofō, both in Hackney, SO|LA in Soho, Davies and Brook in Mayfair, Muse in Belgravia and Behind in London Fields; Benares regains its Star. In Scotland, longstanding Glasgow restaurant Cail Bruich is awarded a Star, and in Republic of Ireland the modern Turkish cuisine of Ahmet Dede is rewarded with a Star for his restaurant dede in Baltimore.

In England, Merlin Labron-Johnson has made Bruton his home with his restaurant Osip, while hide & fox is the best thing to happen to Kent in a while. Outlaw’s New Road in Port Isaac is awarded a Star and there’s a little bit of Sweden in the shadow of Hadrian’s Wall with new Star Hjem. Roots in York is another feather in Tommy Banks’ cap, while two country house hotels are awarded a Star: Shaun Rankin at Grantley Hall and Latymer at Pennyhill Park. Pea Porridge’s achievement is a story of our times: chef-owner Justin Sharp undertook some introspection during lockdown which resulted in him taking a new approach to his cooking.

This year’s Guide also sees the introduction of the new Michelin ‘Green Star’ distinction which highlights restaurants that are leaders in sustainability practices. “Launching a brand new distinction dedicated to sustainable gastronomy shows that our recognition of restaurants goes beyond the search for the best cooking. It enables us to also turn the spotlight on those with a great sense of responsibility towards the environment”, said Gwendal Poullennec, International Director of the Michelin Guides.

Whether these restaurants are champions of local produce, pioneers in the fight against food waste or leaders in vegetable growing, they are selected on the basis of research, fieldwork and investigation carried out by the inspectors.

There are also 16 new Bib Gourmand, our award for restaurants offering good food at competitive prices. These range from Peckham Cellars and Fallow in London to Noto in Edinburgh, Spitalfields in Dublin and Volpe Nera in Blackrock.

Four special awards to highlight the talent of the restaurant industry

Four special awards were also announced during the presentation. The Young Chef of the Year is Kray Treadwell from Birmingham’s 670 Grams restaurant, while the Chef Mentor award, offered by Blancpain goes to Ross Lewis of Chapter One in Dublin. The Service and Welcome award, supported by Lavazza goes to Saul McConnell from Noble in Holywood, and the winner of the Sommelier award, offered by the Craft Irish Whiskey Co., is Karine Canevet of Maison Bleue in Bury St Edmunds.

The final word goes to Gwendal Poullennec: “One day soon restaurants will reopen and we want to show all the potential customers out there that there is a fantastic choice of restaurants throughout the UK and Ireland from which to choose. With this digital guide, they can now start planning where they will be going when normal life resumes.”