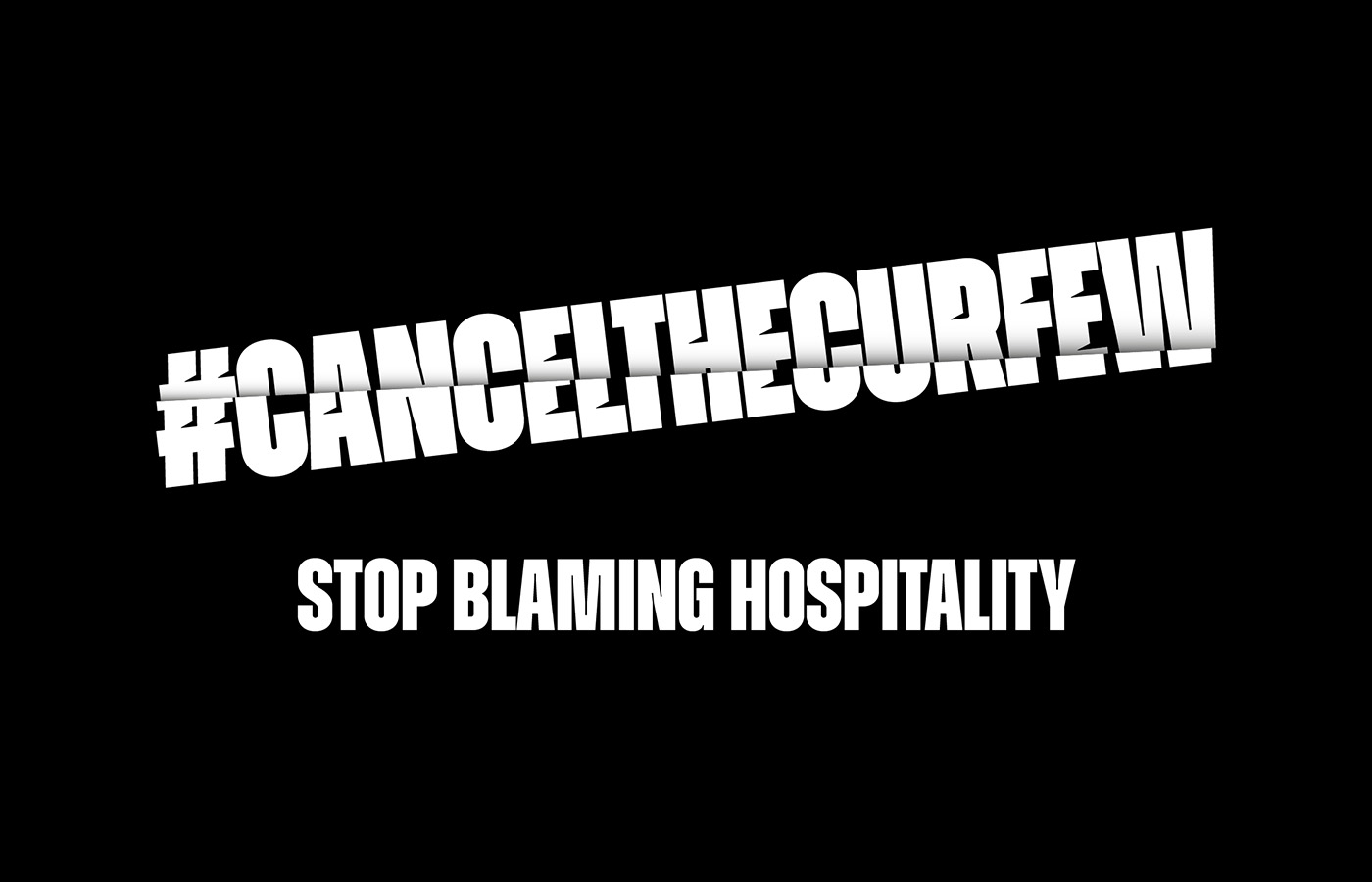 A new campaign – #CANCELTHECURFEW– is set to launch this week to pressure the Government to U-turn on the 10PM curfew which has had an immediate and hugely damaging impact on hospitality businesses all over the country.

Less than 12 weeks after hospitality businesses were allowed to reopen their doors to the public, the industry has been dealt a devastating blow as they were ordered to close their doors for 10PM, putting many venues in a worse situation than during the original lockdown.

By enforcing 10PM closures the Government is causing venues to lose multiple hours of trade every day, with some of the worst hit losing over 40 hours a week. At a time when many bars and restaurants are already operating at a reduced capacity, the curfew could be the final nail in the coffin.

Today, a group of hospitality professionals from all over the country are unveiling their #CANCELTHECURFEW campaign in cities across England & Wales to attempt to raise awareness amongst consumers of the impact that the policy is having on their industry; in hope that they will join them in pressuring the government to U-turn on the ruinous policy.

Tom Lord, founder of Hospitality Gin and hospitality consultant, says: “The industry that we love is in grave danger of being suffocated by this curfew. Some venues were starting to see a light at the end of the tunnel before it was announced as customers returned and we all settled into “the new normal”. Now we’ve been plunged back into uncertainty.”

“We want the British public to know the impact that the curfew is going to have, not just on our businesses, but on our friends and colleagues. We have borne the brunt of the measures announced over the past fortnight. We are vilified as breeding grounds for the virus, yet Public Health England’s own figures show this is not true. In fact, the latest figures show that we have one of the lowest infection rates outside of the home.”

“Hundreds of thousands of people will lose their jobs as a direct result of this disastrous policy, thousands of businesses will close their doors forever, and the hospitality industry will never be the same again. Stop blaming hospitality, let us serve”

Michael Greenhow of Mojo bars comented “With neither evidence to support the assumption that hospitality is driving infection – only 35 cases reported in the sector and as of yet no sign of the threatened dramatic upturn in deaths, the move to curtail the operational hours of our already crippled industry seems unjust and punitive, not to mention illogical and irrational. Are people more infectious after 10pm? Hospitality has slaved to work responsibly within the constraints laid out for us and now we are being thrown aside with scant concern for the impact these measures will have on our businesses and the wider economy.”