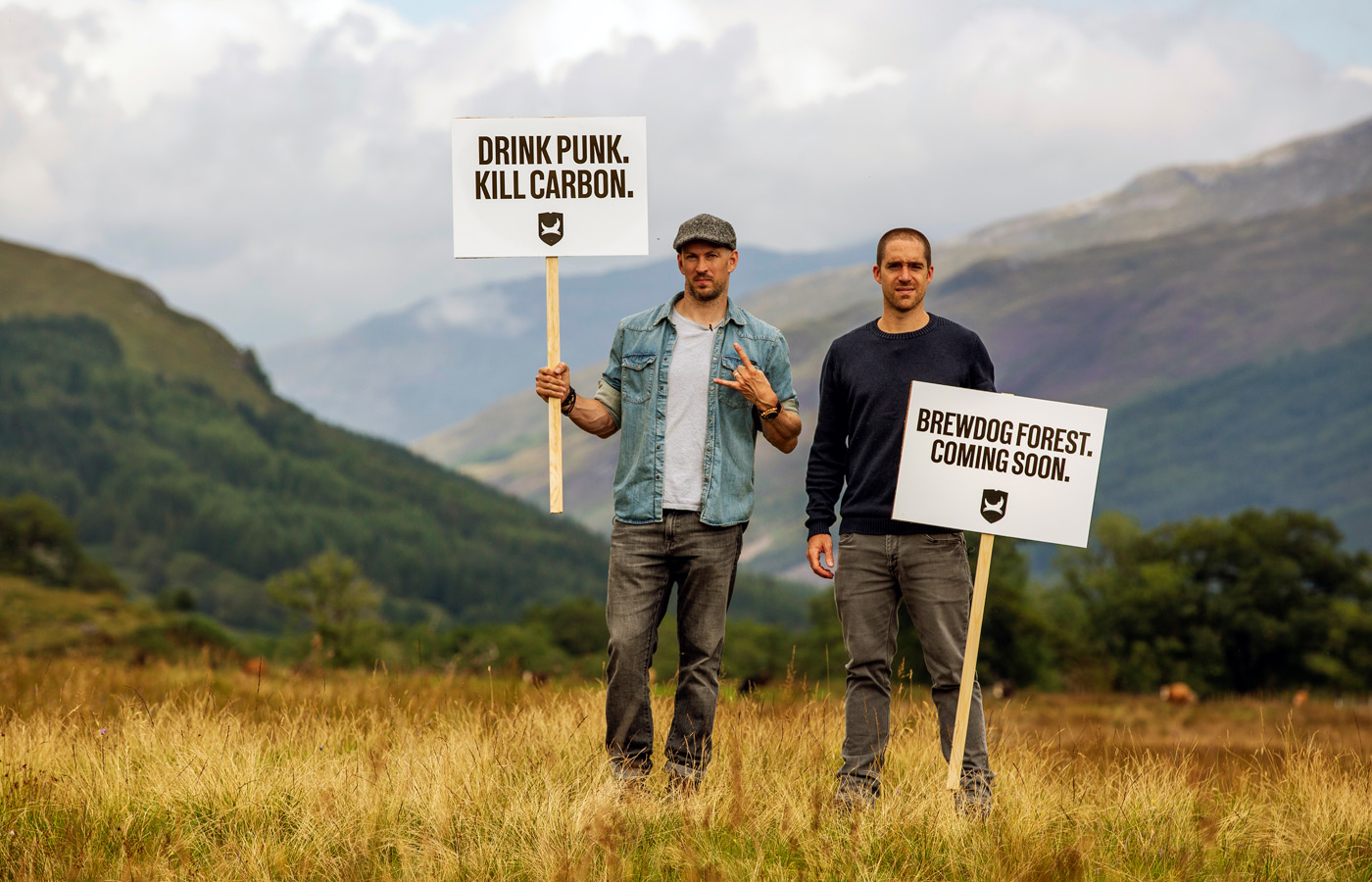 Scottish craft brewer BrewDog, announced today that it has taken the unprecedented step, to become carbon negative, and that it will remove twice as much carbon from the air than it emits every single year. Making it the first carbon negative international beer brand in the world, as it sets out to fight climate change and have a positive impact on the planet.

The move is founded in its belief that carbon neutral is no longer enough, and that businesses should be having a positive impact on the planet. To this end, BrewDog is unveiling a climate action program with £30m of green investments across its business.

As part of these efforts it has also purchased 2,050 acres of Scottish Highlands just north of Loch Lomond, to create the BrewDog Forest, and plans to plant one million trees over the next few years.

David Robertson, Director, Scottish Woodlands: “Woodland creation of this scale is at the forefront of the fight to sequester atmospheric carbon in the UK and the BrewDog Forest will be one of the largest native woodlands created in the UK for many years.”

BrewDog will create 1,400 of broadleaf native woodlands, and 650 acres of peatland restoration in accordance with the Woodland Carbon code the Peatland code. As well as sequesting carbon woodland creation also promotes bio- diversity, natural flood attenuation and drives rural economic development. Work is expected to start on the BrewDog Forest in early 2021.

The brewer also plans to create a sustainable campsite on the land, that will host sustainability retreats and workshops for the general public, in addition to inviting its 130,000 Equity Punks investors to help with tree planting from early 2021.

Over the past few months BrewDog has been working closely with lead scientific advisor Professor Mike Berners-Lee and his team at Small World Consulting. Berners-Lee is one of the world’s leading experts in carbon foot-printing and sustainability and has led the process of calculating BrewDog’s carbon footprint and been pivotal in the design of its carbon removal plan. The partnership has helped to direct over £30M of investment into green infrastructure to support the business in reducing carbon emissions.

In order to double remove all of its carbon, until it is able to begin planting the BrewDog Forest, the brewer will be working with offset partners on a series of projects. Each organisation has the highest standard of accreditation and has been additionally vetted by Berners-Lee and his team with each project deemed beneficial to biodiversity and local communities.

James Watt, co-founder of BrewDog commented, “Our Carbon. Our Problem. So, we are going to fix it ourselves. Huge change is needed right now, and we want to be a catalyst for that change in our industry and beyond. We fully acknowledge that we are a long way from perfect. However, we are determined to rapidly and fundamentally change everything as we work hard to ensure we have a positive impact on the planet.”