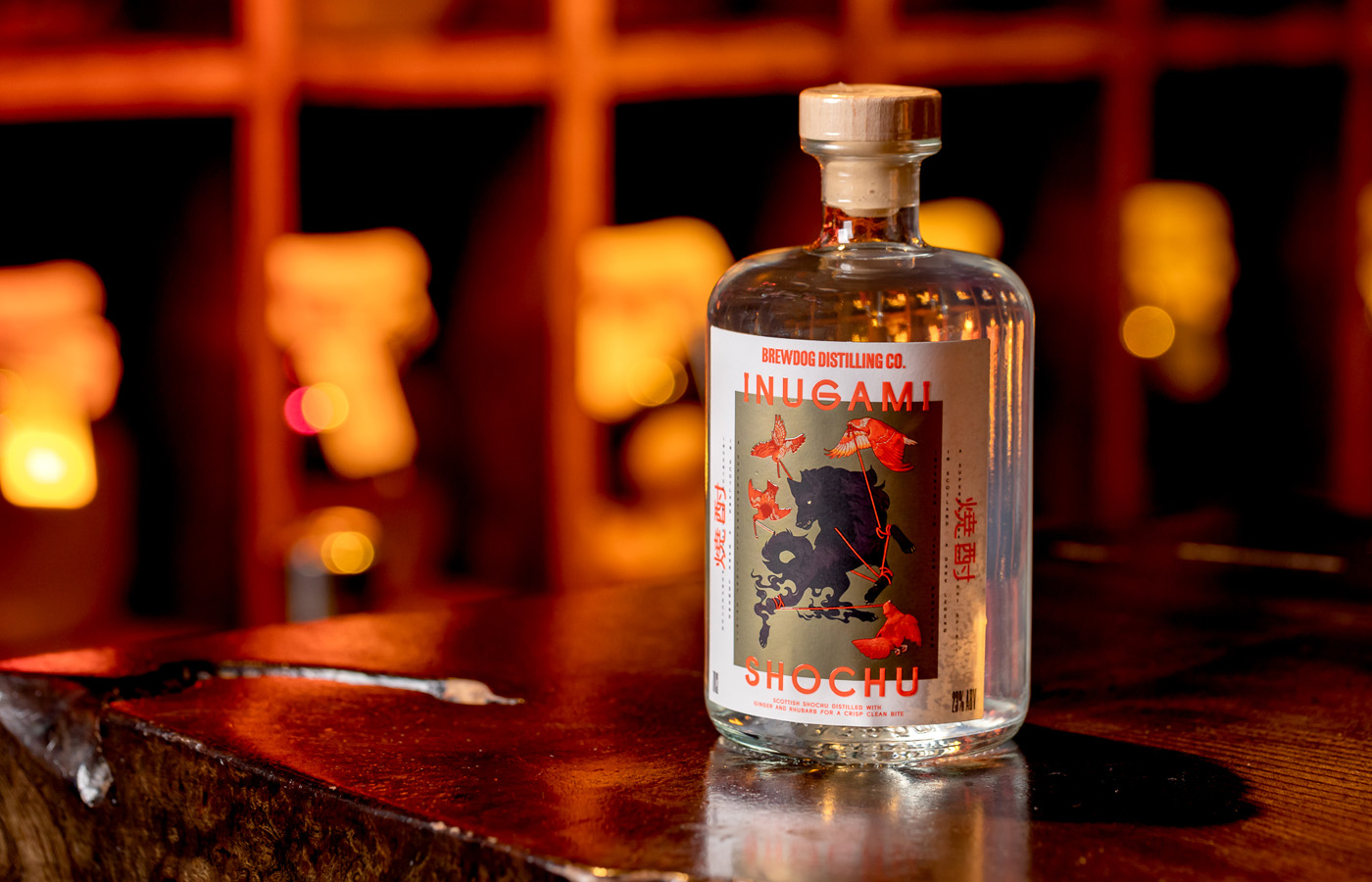 INVENTED IN JAPAN. PERFECTED IN SCOTLAND

MARCH 2020: 100 years ago, the Japanese travelled to Scotland and stole the secrets of the Scotch whisky distilleries. With their newfound knowledge, the returned to Japan and created their very own version of Scotland’s national drink. Today, BrewDog Distilling Co. are fighting back with the creation of a shochu, Japan’s number one drink with a Scottish twist. INUGAMI SHOCHU hails from the Far East (of Scotland) and is subtly laced with galangal root, ginger and Scottish rhubarb.

INUGAMI SHOCHU is crafted with the sweet spirit of revenge, a next level drink that’s light, refreshing and crisp. Best served like they do in the Izakaya bars in Japan, in a highball with sparkling water, loaded with ice.

Named after the vengeful dog spirits found in Japanese folklore, Inugami are known for their wrath and powers of possession. Wild Scottish birds are found on the INUGAMI SHOCHU bottle keeping the wild dog in check, ready to be unleashed on a new generation looking for lighter, brighter drinks with a crisp bite. 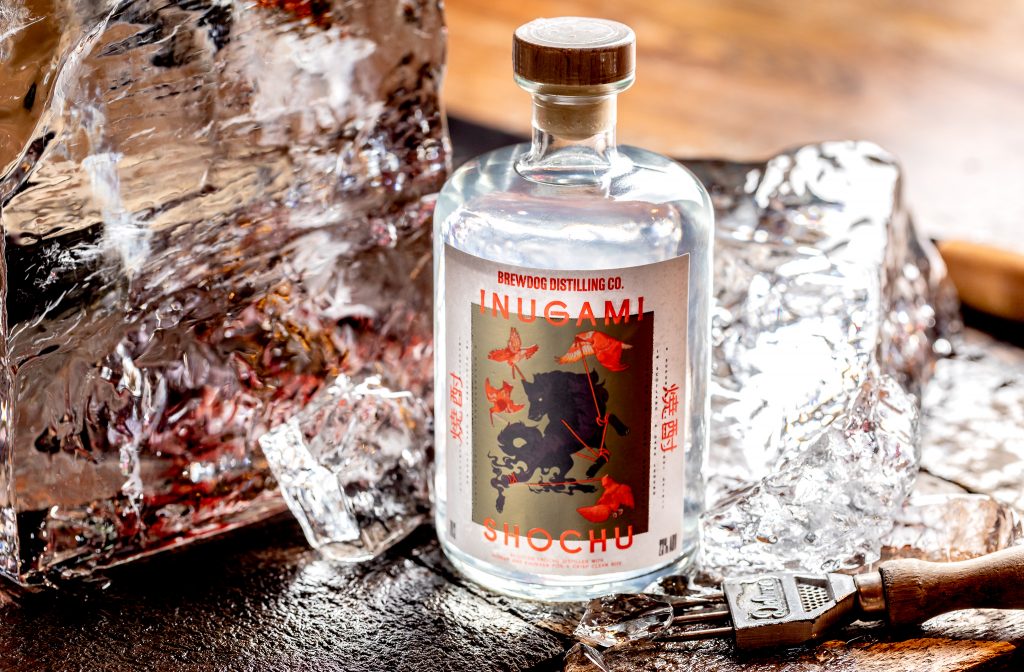 Pour over three king cubes of ice in a highball glass.

Stir well, add a slice of fresh ginger and serve.

BrewDog Distilling Co. continue to turn heads with the launch of INUGAMI SCOTTISH SHOCHU, created by their dedicated team who distil everything from scratch to their own fanatical standards, going from grain to glass in one location in Aberdeenshire. No shortcuts. Inugami joins LoneWolf gin, Rogue Wave vodka, Five Hundred Cuts botanical rum and Zealot’s Heart gin.